Good at A Bit of Everything


Walton Raceway will host thousands of motocross riders and fans next week.

The 2022 Grand National Championships returns to “Motocross Town” in Walton August 10-14, with all of the top amateur racers from across Canada competing, along with a roster of pro riders for Pro Day. It will be GNC’s 30th anniversary on the track, and many pro teams and sponsors will be on hand looking for the next great Canadian motocross riders to sign deals.

Fans unable to attend the event can catch the action live on FoxSports Live, and many motocross industry media will be at the event, including RacerX, Directmotocross.comInside Motocross, MXP Magazine, Pulpmx, Motocross Canada and many more.

“We had a great crop of fans, with a truly unreal representation from across the country. I know of one class in particular, the super-minis, which are children aged 12 to 16, we have 15 of them from Alberta alone. So it’s a really super strong national representation at this event.

After the amateur event, Sunday’s pro day will feature the final round of the Canadian Triple Crown series, where Lee says some famous names will be vying for the title.

“We have Dylan Wright racing for his third national title, and he’s working on a perfect season. Coming to challenge him, we have US national champion Zach Osborne. He’s a Supercross champion, high profile, and it’s really going bring out a lot of grassroots fans who know and follow the sport.

Wright was once an amateur rider who caught the eye of pro teams and sponsors at this event, alongside other riders like Ryder McNabb, who also competed in Grand National Championships. Lee notes that he is very proud of the stature of the event and what Walton Raceway means to the sport, especially when so many racers have the opportunity to turn pro after racing at the event.

“Yeah, it’s funny, you know, as people of Huron County, we don’t really think of ourselves as a place where national careers are launched, but, yes, every kid who wins a title national here ends up landing a factory tour in Canada, maybe even further.

For a full interview with Walton Raceway owner/operator Brett Lee, click below: 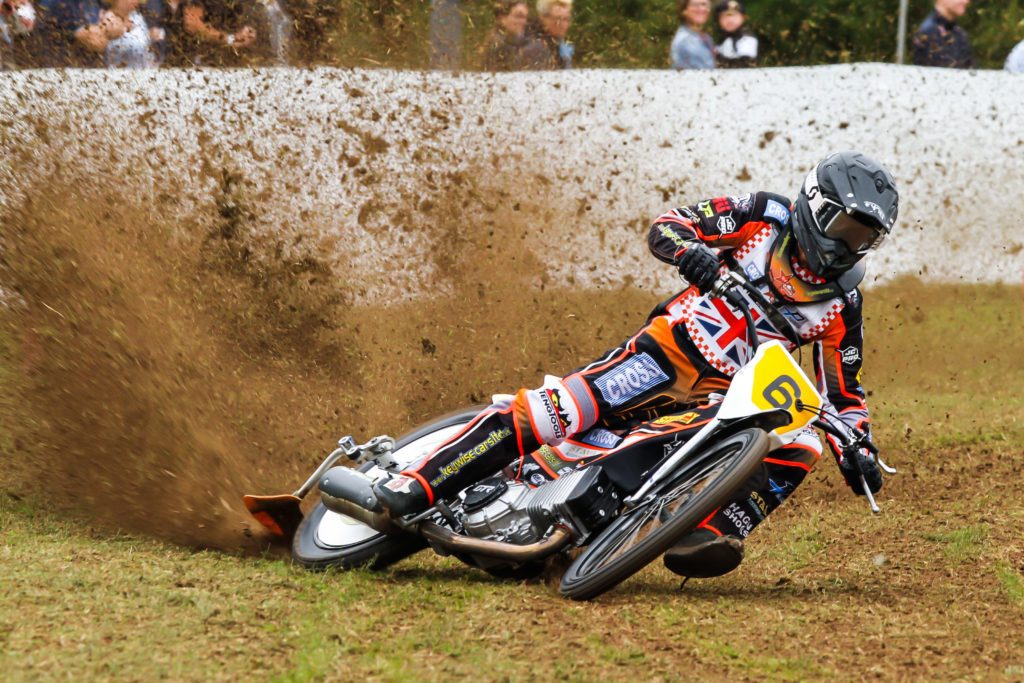 Everything you need to know about Grasstrack Racing

It’s just after World War I in sunny England, and you really want to go …