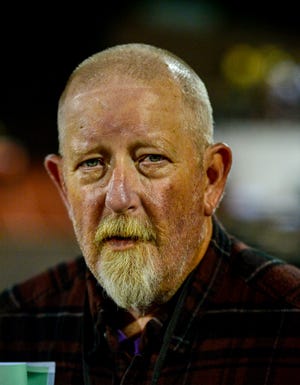 The 50th edition of the Mini O took place at the famous Gatorback Cycle Park. This Thanksgiving tradition draws amateur motocross racers from all over the world for an action-packed week of racing.

The format of the Mini O is unique, with a Supercross and Motocross championship at stake for each class. A record-breaking turnout of around 6,000 entries was in contention for the 2021 event, but it was the tight races of the sport’s rising stars that made the event stand out.

Star Racing Yamaha’s Nick Romano has proven to be the man to beat in Supercross, having swept all four races in the 250cc and 450cc Pro Sport divisions. As a result, Romano won the prestigious Dunlop Silver Tire Award, given to the rider in the Pro and A classes who accumulates the most points in Main Supercross and Combined Motocross.

Rockstar Energy Husqvarna’s Talon Hawkins dominated the 250A Supercross Championship with wins in both races. Gavin Towers (Yamaha) and Chance Hymas (Honda) again finished second and third respectively. Towers and Hymas are new recruits in their teams, Rock River Yamaha for Towers and Honda HRC for Hymas, and have proven themselves in several categories.

Another class not to be missed was the B division. Evan Ferry (Husqvarna), Gage Linville (Yamaha) and Julien Beaumer (Yamaha) went 1-2-3 in the 250 B Supercross, along with Linville, Noah Smerdon (KTM) and Bryce Shelly (Yamaha) leading the pack 250 B Limited.

Haiden Deegan made his debut with the Star Racing Yamaha team and clinched the Supercross title in 450 B ahead of Ferry and Daxton Bennick (KTM).

Tiger Wood (KTM) swept the Supermini 1 category (12-15) with finishes 1-1 ahead of Tyler Mollet and Will Canaguier mounted on Husqvarna. Wood ended up winning the Pro Circuit Platinum Pipe and Bronze Boot awards for the most points in Supercross and Motocross.

After all Supercross titles were awarded, the event moved to the Gatorback motocross track for a second round of the championship. The familiar motocross setting offered elevation changes and challenging track conditions.

Romano dominated again, winning three more motocross titles in the 250 A, 250 Pro Sport and 450 Pro Sport categories. Romano has managed to solidify his name over the past few seasons and has certainly announced that he is one of the hottest fans on the circuit right now, if not the hottest.

Linville was the man on the move for Class B motocross titles. Regularity paid off for the Yamaha rider who won four titles in the 250 and 450cc Stock and Modified classes and walked away with the Scott Goggle Award, which is handed out to the rider of classes 250 and 450, B and C who accumulates the highest number of points in the general classification of Supercross and Motocross combined. Runners like Daxton Bennick finished closely second in several races as Deegan’s Falls held him back from the top step of the podium.

Kawasaki’s Krystian Janik found his rhythm on the motocross track and won a title in the Supermini 1 category. His biggest opponent of the week was Wood (KTM), who settled for second place in Supermini 1, but won the Supermini 2 championship.

Click here for all the latest Supercross and Motocross news.